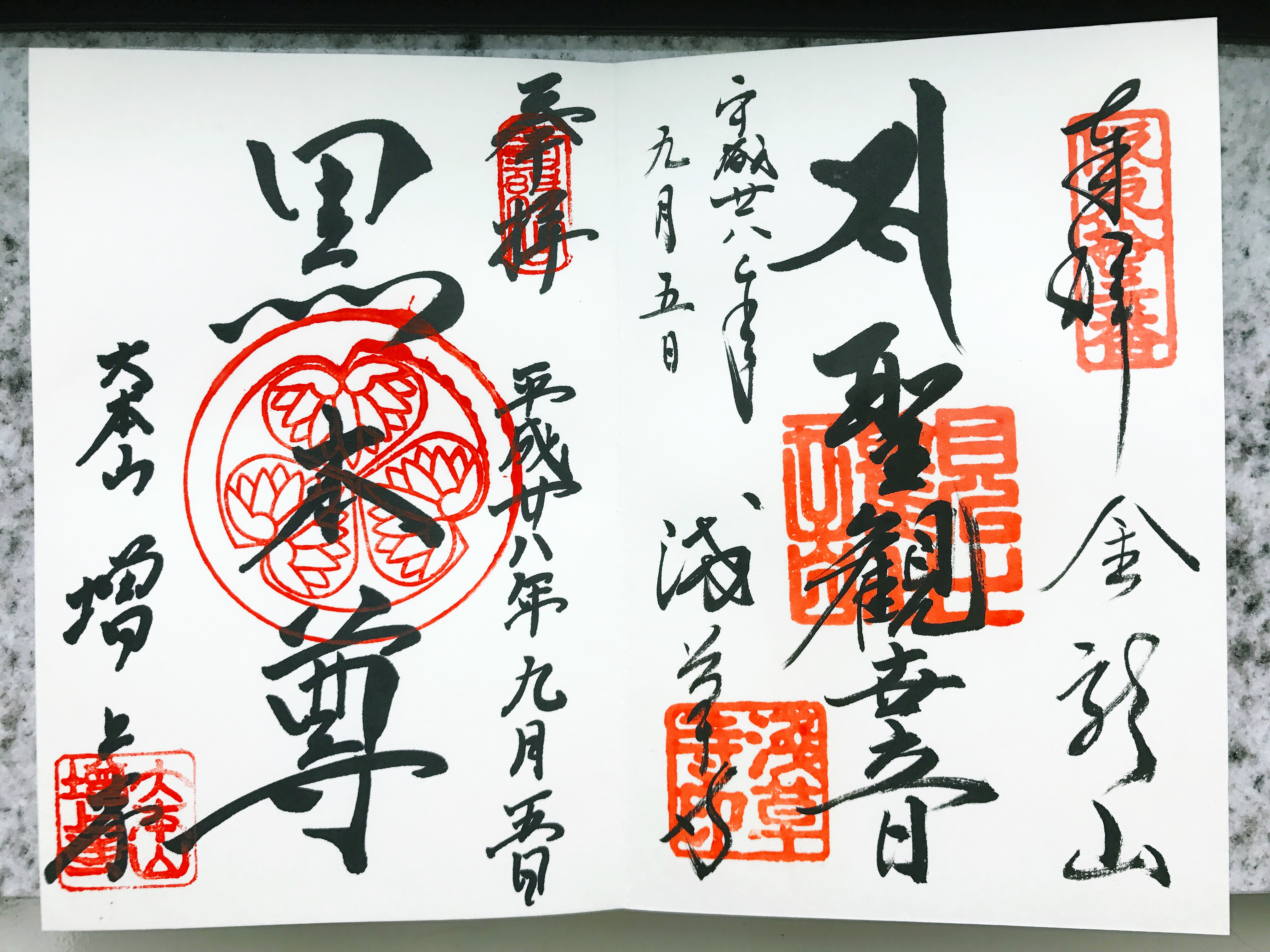 Like all the kids back in 5th grade I was into pokémon cards; collecting, playing… battling, you know the deal, so when I found out about the temple book while in Tokyo it was like the adult version. Well, sort of. Unlike the typical souvenir of kitschy toys and figurines, the temple book leaves you with something completely unique and lasting memories.

The Japanese Temple book, or the Goshuin-chō as it’s called, is a notebook used to collect calligraphy and stamps from shrines and temples all across Japan. The stamp itself is called ‘goshuin’ and ‘chō’ means notebook.

It’s absolutely breathtaking to watch as the monks paint the calligraphy of their temples onto the pages; each red stamp that the monk uses is unique to each temple, then they will write out the name of the temple in a black ink and date it. Once the pages in your Goshuin-chō are filled you can open the book to reveal a beautiful scroll of black and red which you can then display for others to see.

The stamp for Kiyomizu-dera.

The cover to my Goshuin.

The difference between getting a stamp from a shrine and from a temple is that the temple will usually mention the Budda that worshiped there. And while some of the stamps from shrines are simpler, usually just the name and the date, some like the Hikan Inari Shrine will have a picture of a fox as well since it is an Inari (fox) Shrine.

Collecting these stamps is no easy feet mind you, just like when I was collecting pokémon cards, it takes time. Most of my trip included going to temples so it was relatively easy to pick up a book and start my collecting, but since I found out about the book on my second day I was a little short on time; I was only able to collect 9 stamps. Just another reason to go back!

The book itself costs about ¥800 for a relatively plain covered one, close to $8, which you can pick up at most temples, but for a more decorative cover it can go for about ¥1500. The calligraphy costs about ¥250 and all proceeds go to the continued maintenance of each temple, I say that’s well worth it.