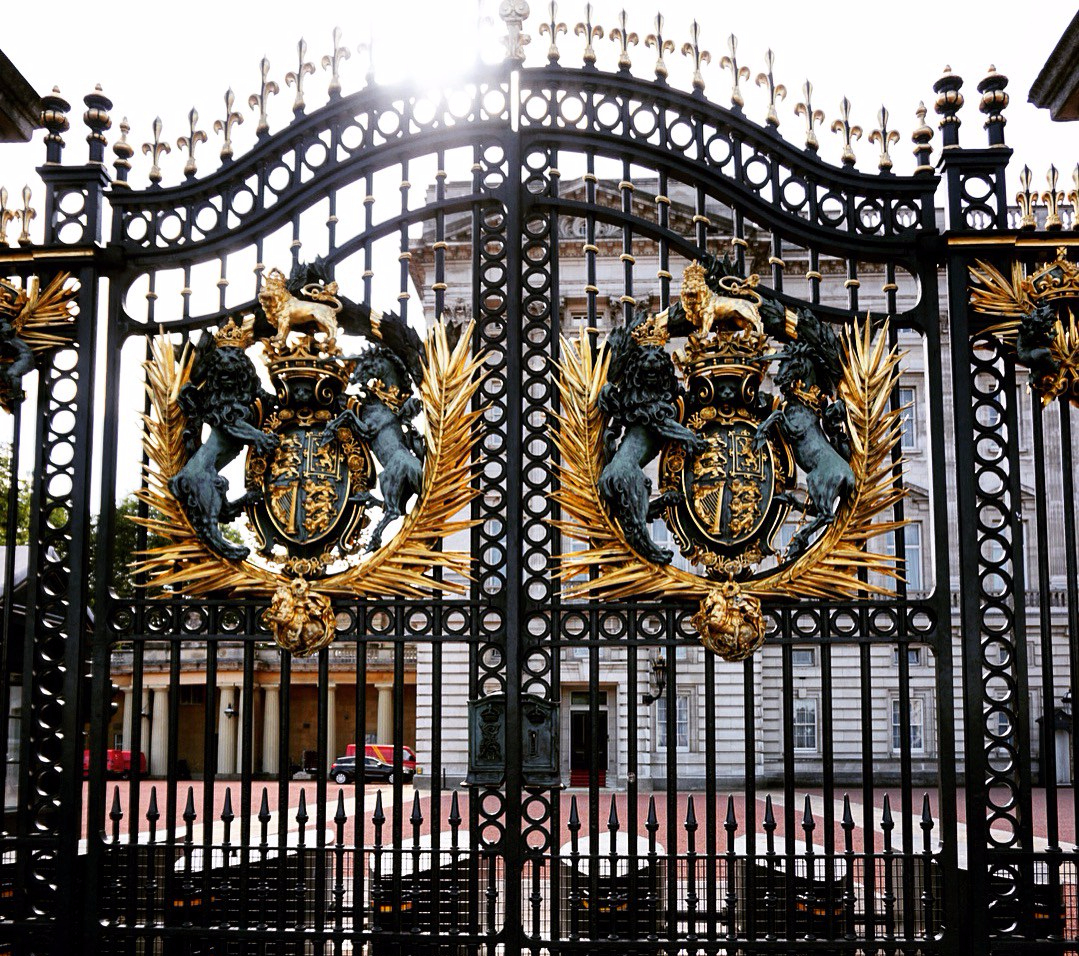 After some much-needed sleep from our first day we woke up early for a wonderful breakfast at The Savoy, and made our way out to meet our tour group.

Probably the most famous building in London, I knew that I had to take advantage of the time of year that I was in town. With the Queen away from the palace from the end of July to the beginning of October this gives the public a chance to wander through the art filled halls and see what lies behind those famous gilded gates. If you are ever unsure if the Queen in home just look at the flags posted high above the palace, if the royal crest is flying then you’re out of luck for a visit.

***Tip: We booked our tour through Viator.com which, if you don’t already know, is a website that works with local tour groups to create a one-stop location for all your tour needs.***

Our tour started at 9am. We met down by The London Mews which houses the royal horses, as well as where the march begins for the changing of the guards at Buckingham Palace.

After the procession began we made our way down to the palace where we could observe the ceremony and continue in. During the portion of the tour that was led outdoors our guide was very knowledgeable and gave us information surrounding the background of the ceremony as well as the history of the palace itself. Once we reached the gates though he was no longer allowed to accompany us, but told us he would meet us at the rear of the palace for when we exited. Inside we were given a headset which continued the tour for us; areas of the palace are numbered so that you can properly coordinate your solo expedition.

Fun fact: No movie has ever been shot inside, if you’ve ever seen a scene where they’re inside Buckingham Palace they are either shot on a set or inside the Goldsmiths’ Hall which have rooms that replicate the ones inside the palace (and can totally be rented).

Once we exited the palace our lovely guide took us for afternoon tea at The Rubens to send us off in style.

Heading back up The Mall (the main road to Buckingham Palace) we made our way to Piccadilly Circus. This toned-down “Times Square”, which used to be covered in neon signs (only one building has them now), is where you can enjoy beautiful architecture and some serious shopping.

Of course, check out Burberry, but don’t miss out on the other amazing stores that got their start on these London streets. Go check out Gieves & Hawks, as well as T.M. Lewin & Sons, for some beautiful ready-to-wear shirts, then make your way over to Barbour for outerwear that will fit you like a dream and last you a lifetime. Need something for warmer weather? Orlebar Brown on the corner of Vigo St. and Sackville St. may have the best swim trunks ever constructed and come with a 5 year warranty; now that’s service.

Known for housing the best tailors in the world, and made famous to the world again by the movie The Kingsman, Savile Row was a must in my places to see while I was in town. While you won’t be able to get a bespoke suit made for you in one visit (you’ll need at least three visits for them to get it done), step inside and watch as they take measurements and make alterations the way it’s been done for centuries.

This wouldn’t be a trip to London without a visit to the world’s most recognizable clock, “Big Ben”. After our stroll around Piccadilly Circus we headed back over towards the Thames to walk around parliament and gander at Ben from below. Unfortunately, for the next four years, all that will be coming from the clock tower will be silence as they make some necessary repairs to the bells.

Sure, taking in the architecture from street level is great and all, but it’s even better from above! Cross the river and you can get on the London Eye and see how London looks from the sky; my favorite time to go is when the sun is just about to set and the city is starting to glow with the flicker of evening lights.

American Bar at The Savoy

Voted as the best bar in the world in 2017, the American Bar in The Savoy will make you one hell of a cocktail to remember. Feeling like a Mad Men character, this vintage 60’s style bar houses some of the oldest liquors, some dating as far back as the mid 1800’s (insert wide-eyed emoji). So, if you’re willing to dish out a small fortune you can order up an Original Sazerac, but I’d go with the “penny saver” of the White Lady at £120.

Don’t want to blow all your wad on a cocktail? Don’t worry, they have all of the usual drinks, and if you ask the bartender nicely they can make you something special.

Stay tuned for day 3! Remember to check out my Instagram for my latest adventures, and, as always, safe travels!