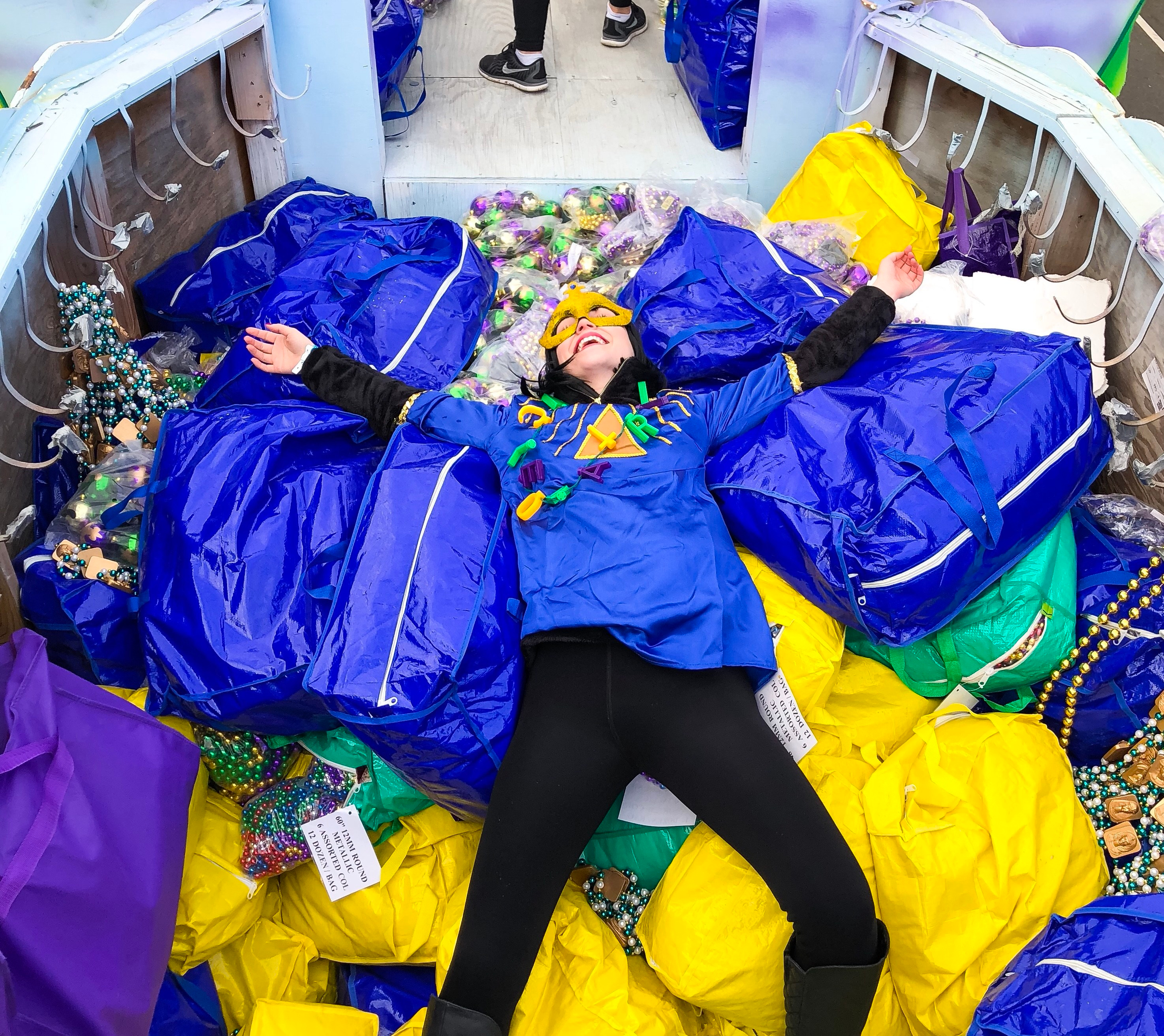 We all have our own idea of what Mardi Gras is going to entail. Growing up we hear stories from our older friends, cousins maybe, about how girls lift their tops for beads, and society, from top CEOs to the nomads of the bayou, congregate for the month of February to celebrate the vices that we will “give up” for Lent.

Now, I may be late to the game, but at 28 years old I had never been to Mardi Gras, and with my boyfriend being an alum of Tulane that might actually be a sin. I’ve heard all the stories and seen all the pictures, but I felt like I was still missing a piece of what everyone was talking about. So, after many years of feeling the FOMO, I decided it was time to see what all the hype was about.

There are two ways to experience what Mardi Gras has to offer: the first is to hop on a plane and hope for the best (honestly, not a bad option), or be a part of one of the many parades that take place over the course of the month. I went with the latter. I mean, it was my first time, why not do it right?

Now, which parade is totally up to you. They have parades for everything, and people really go all out for them (checkout Chewbacchus). I went with Krewe of Cleopatra: an all women’s parade towards the beginning of the month. I picked it because with everyone drinking on the floats I didn’t want to feel like I also had to watch out for wasted guys trying to cop a feel; and what’s better than hanging with your girls? Sign up is easy and they provide everything you need including your costume, the beads you’ll be throwing, and entrance to a sick after party. They also have a great payment plan so that it’s not an overwhelming expense.

Once we got there we made a run to Walmart to stockpile the essentials: a cooler, ice, snacks, Redbull and lots of booze; because lets face it, being on a float for 4 hours requires some liquid courage and snacks that a 9 year old with a $100 would buy. We loaded our purchases up onto the float which was filled to the brim with bags upon bags of beads, stuffed animals, light up glasses/crowns/wands, anything that you might find behind the prize counter of Dave & Busters, and we took off.

The energy was palpable as we made our way through the crowded streets of Uptown. Music blaring, girls dancing, people screaming, children playing, it was the most exhilarated I’ve felt in ages! I’ve never seen so much joy exuded from so many people from something so simple as beads, and above the crowds you can see it all. We partied just as hard as the people on the streets, and after we made our way back we were lead to the after party where we continued until 3 or 4 am.

The best advice I can give to anyone taking this journey is: this is a marathon, not a sprint. I saw a woman being carried out by her friends at the pre-float party. No one wants to be that girl.

So,… if you find yourself having blacked out, covered in beads, and missed your flight, you know you did something right.

What are some of your Mardi Gras stories? I would love to know in the comments! Remember to keep up with my daily travels on my Instagram, and as always, safe travels!